﻿ Positive Living Association » How Is It Diagnosed?

How Is It Diagnosed? 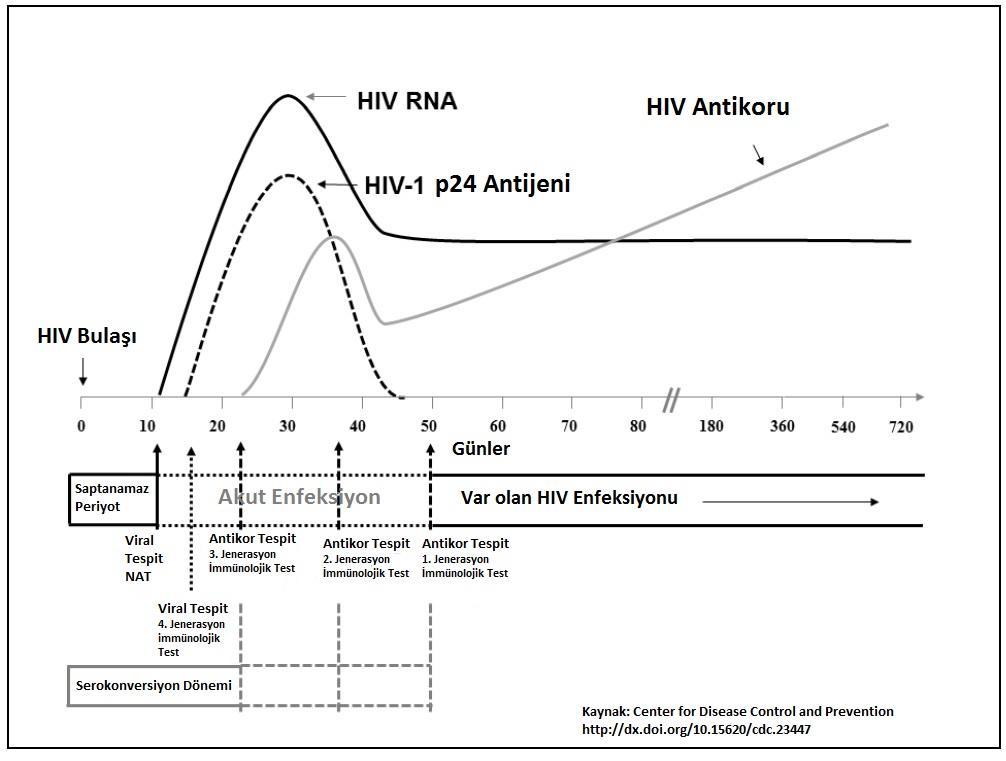 HIV can’t be diagnosed through physical examination or symptoms. Only HIV-specific blood tests can show whether or not HIV exists in your body. There’s a certain period of time for the materials that identify HIV to occur in the body and become detectable. This period is called window period and test methods vary from person to person. Even though you encountered HIV,  we may not be able to detect those HIV-specific materials. Therefore it’s crucial to take the tests mentioned below during safe time periods.

In the last years, taking the test 3 months after the exposure was advised for accurate antibody test results. But new generation tests reduced this time. Current UK test guidelines* suggest that HIV antibodies can usually be detected one month after the exposure. You may see Centers for Disease Control and Prevention’s (CDC) chart of HIV materials and their time periods above. According to this chart, tests taken 50 days after (except p24 Antigen test) are accurate. But you should remember that these are the times when the materials that need to be detected begin to appear. It might be rare but this time reportedly prolonged for some people. To get accurate results, it’s recommended that you take the test a while after these time periods.

When the antibody testing shows a possible positivity, blood samples are sent to the reference laboratory with a custom code and ID information is kept confidential. Positive test results are never shared with any institution with one’s ID information.

These tests are offered for free within health coverage at Family Health Centers, primary, secondary and third health care institutions, and all public hospitals. You can also take these tests at all private laboratories and private hospitals.

In antibody tests, all the negativities after 90 days should be considered accurate.

P24 is a HIV-specific structural viral protein. Antigen tests were developed to detect this protein. It helps to detect HIV’s existence at early stage because P24 antigen peaks before antibodies occur in the blood. However, since it reaches undetectable levels from seroconversion stage onward (detectable level of antibody production) scanning for P24 in the long term is not accurate for HIV diagnosis. Fourth generation tests scan for both antibodies and antigens.

Except the health institutions that perform HIV testing with fourth generation kits, P24 tests are not performed within health coverage at public institutions.

Viral load test is a laboratory test detecting the number of HIV particles in 1 mm3 of blood. Viral load in the blood can be detected much earlier than antibodies and antigens since it peaks during the initial transmission period. But this test is not a diagnosis test. Viral load test is performed to observe the infection status and success of the treatment of people diagnosed with HIV. One exception would be performing the viral load test with doctor’s recommendation when there’s suspicion of acute HIV infection. PCR is not recommended as a diagnosis test in any diagnosis guideline, except these two cases. Taking this very expensive test at public hospitals for diagnosis is not possible.

Many private laboratories exploit the sensitivity of people who are highly concerned about HIV, and recommend viral load test for diagnosis.

You should remember that people who go to private laboratories for the test are initially considered as “customers”.

As Positive Living Association, we strongly advise against recommendation and performing of viral load test as a diagnosis test, and remind you that antibody tests give accurate results during the right period, and that you can safely have these tests at public institutions for free.