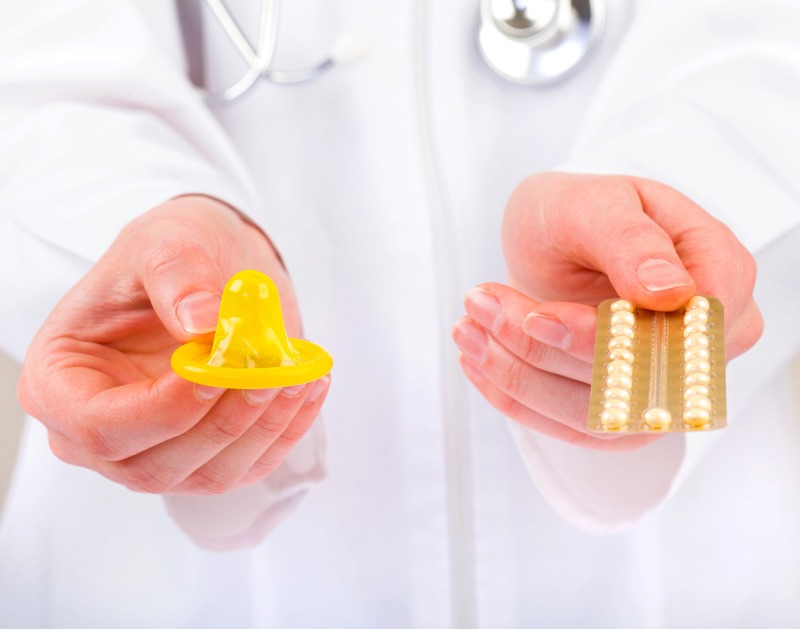 Concerning pregnancies, it is important that individuals and couples have the information, education and possibilities to decide freely how many children they want so that they can take responsibilities for their pregnancies.

High-risk pregnancy rates increase in early pregnancies, as well as during unwanted pregnancies.

Further health problems that may negatively affect the general health status may occur and such may even result in death.

For the correct use of contraception methods, information from the healthcare personnel should be obtained and more than one contraceptive method should be envisaged depending on the preferences and needs of the people.

Regular health checks need to be carried out in order to guarantee sexual and reproductive health.

Refugees with registration certificates can ask for information and provision of contraception methods at Migrant Health Centers, Family Health Centers, Community Health Centers, and Women’s Health Care Centers which are the primary health care facilities  affiliated to the Ministry of Health.

Through the hormones that are released regularly by the capsule placed under the skin, the fertilization will be prevented. It has the same effect as taking contraceptive pills or having injections. The capsule shall be placed under the skin of the upper arm by a trained health personnel. Hypodermic Capsules are effective for up to 3 years.

By inserting a device into the intrauterine, it is possible to prevent fertilization and/or gestation and provide protection up to 10 years depending on the type of the device. The IUD should be put into the uterus by certified health care personnel.

Ovary tubes and Vas Deferens are tied by simple surgical intervention. Therefore, fertilization cannot take place and does not occur

The morning-after pill is not a regular pregnancy preventive method. It is known as an emergency contraception method and is available in pharmacies. The morning-after pill can be used after an unprotected sexual intercourse or a violent incident. The pill should be taken within the first 72 or 120 hours (depending on the dose and the pill) after the unprotected incident. The sooner it is used, the more effective it is.

The difference of condoms with the other contraception methods is the fact that a condom is the only way to protect oneself against sexually transmitted infections.Basically, the condom keeps the semen and prevents the contact with different body fluids (vaginal fluid and/or prostate fluid and sperm) and therefore is a protection method for sexual partners. The condom shall be used not only to prevent pregnancies, but also to protect oneself against sexually transmitted infections. Condoms should not be used more than once and should be renewed before each sexual intercourse. A condom should be used from the beginning to the end of each intercourse to prevent sexually transmitted infections and pregnancies. A condom that is only put on just before the ejaculation will not provide adequate protection as the already pre-ejaculatory released prostate fluid may also contain STI agents and sperm.